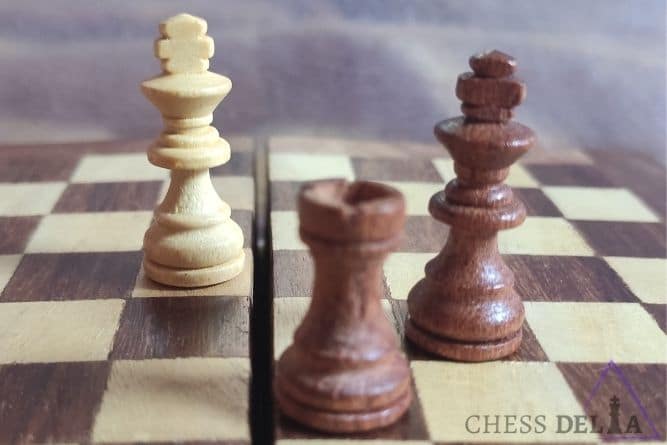 When you play a chess game, several pieces are being exchanged. And in the end, it happens that you or both of you and your opponent are only left with the kings. But do you know, what happens in chess when only the king is left? A player who has only the king left, can’t … Read more 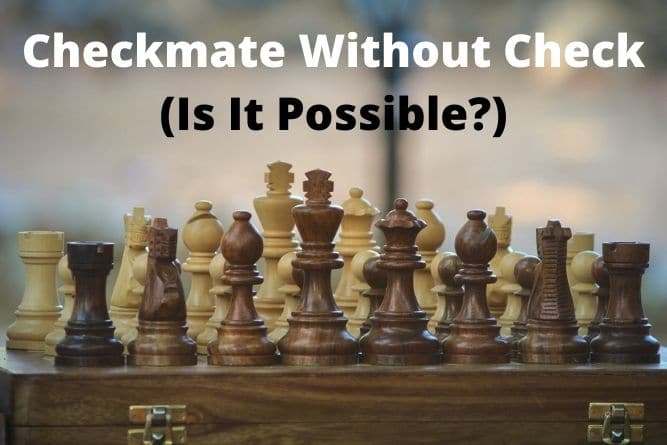 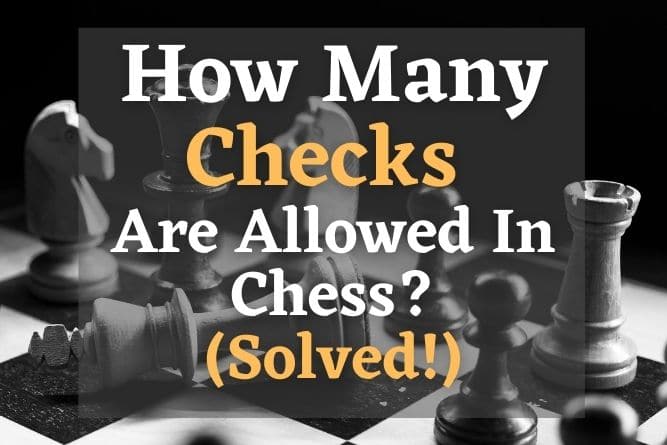 You win a chess game by checkmating the opponent’s king. But what happens if you are going to lose. In that case you would definitely try to atleast draw the game, isn’t it? And for that one of the ways is constant checks. But then, you might think how many checks are allowed in chess. … Read more 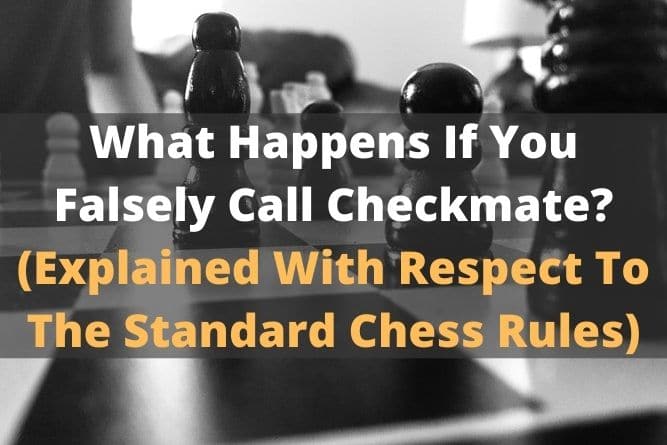 Sometimes it happens that out of excitement I call checkmate even though in reality checkmate didn’t occur. This puts me in an awkward situation and to manage I generally smile and continue to play. In casual games it is okay to do so but what about the tournaments? What happens if you falsely call checkmate?  … Read more 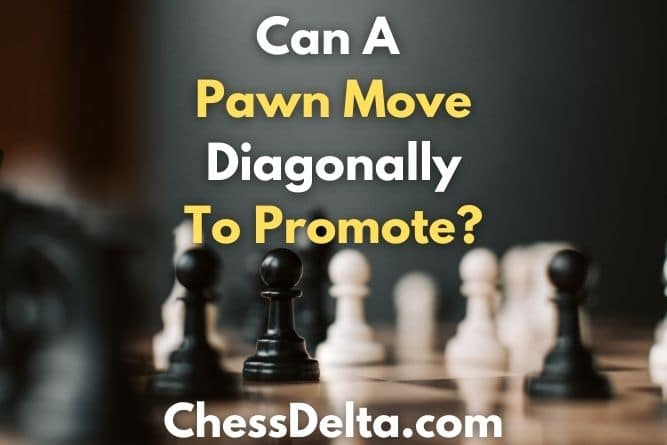 Whenever I play chess with my younger sister, she gets angry because I rarely allow her to promote her pawns. She always looks for ways to promote her pawn. And once she asked me a question which I think you may be also having. Can a pawn move diagonally to promote? Yes, a pawn can … Read more 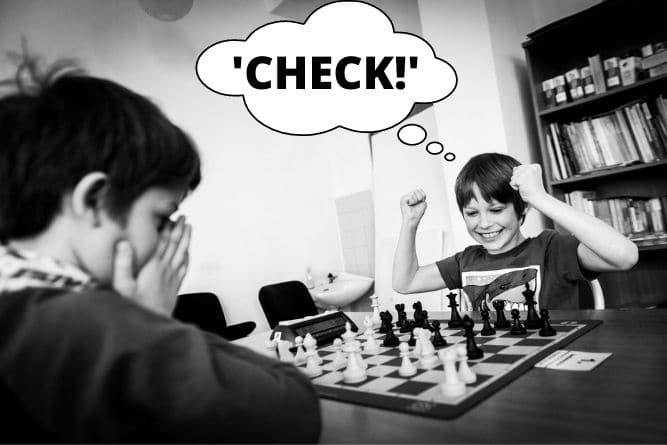 Check occurs whenever a player’s king is attacked. Generally, you may have notice players calling check whenever it occurs, or maybe even you do it in your games. But, do you have to say ‘check’ in chess? In chess, it is not mandatory to say check. In most professional chess games players don’t say check … Read more 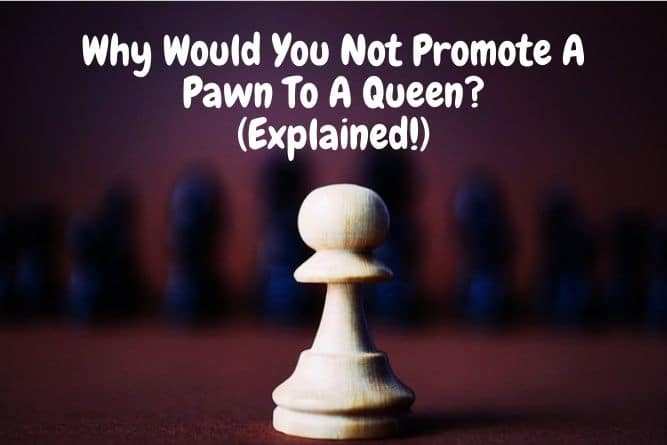 Most of the time, while promoting your pawn you tend to promote it to a queen, right? But there are certain positions in which promoting a pawn to a queen proves to be a very bad decision and that brings us to our question. Why would you not promote a pawn to a queen? The … Read more 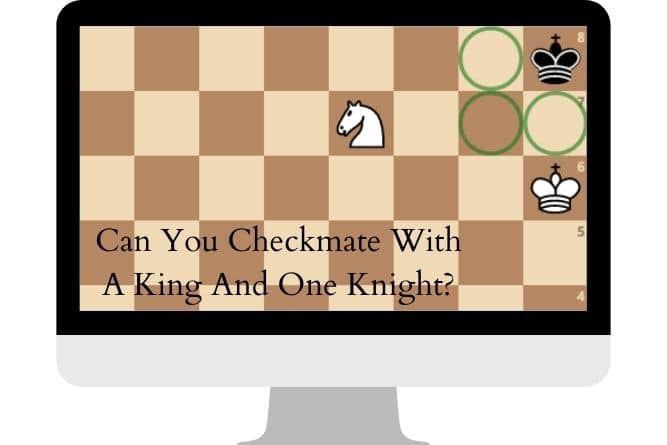 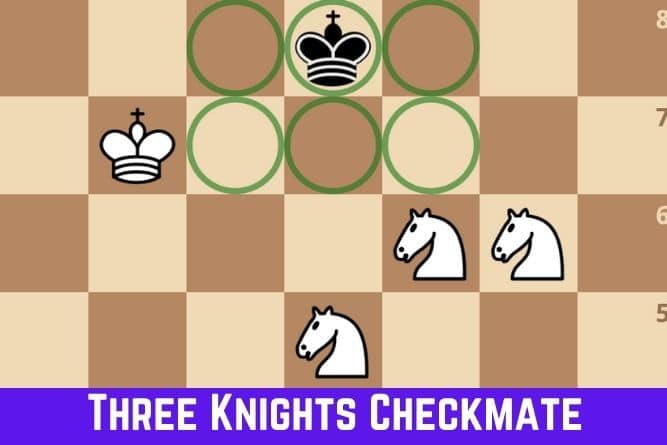 For winning more and more chess games, you have to be familiar with most of the basic and important checkmate strategies along with various combinations of pieces. Which chess pieces can checkmate and which can’t… and while studying all these you might think, is it possible to checkmate with three knights? And from here our … Read more 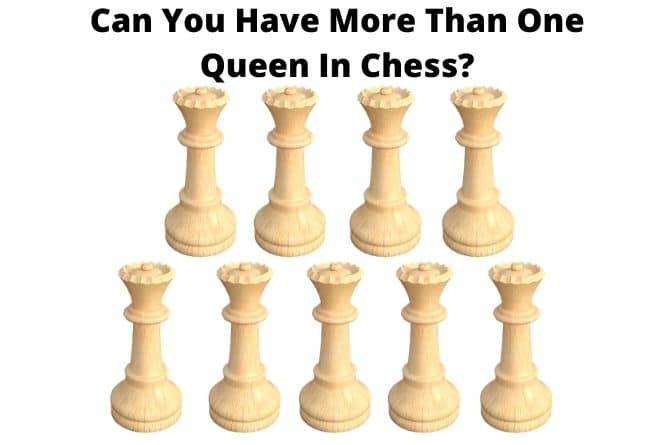 Once I was playing a chess game with my little sister and while playing, a time came my pawn reached the last rank and so I promoted it to a queen. But then seeing me having two queens, she was very confused and asked if it was legal to have multiple queens or not. This … Read more