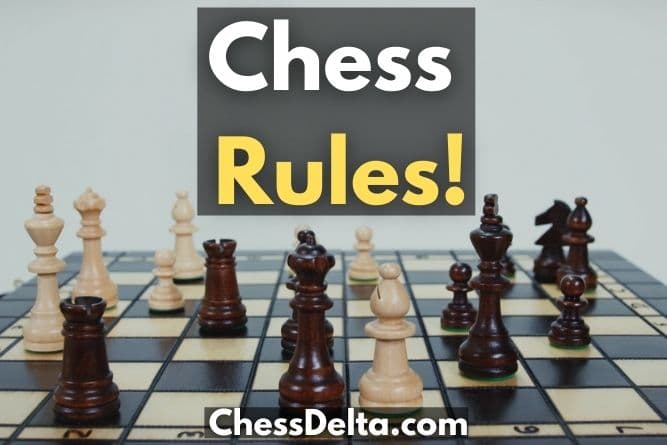 Here are the basic rules of chess:

See the below image. The black king is in check. But the game is not going to end here.

Still, the black king can be saved out of the threat of the white queen by moving it to safe squares (squares that marked with a green tick mark in the image above are safe)

This is probably the most important and golden rule that you must never forget. The detailed explanation of this rule I have talked about in my article can you put yourself in check. You can check that for more information.

Here in the above image as you can see the black king where it is standing right now is a safe square. But it can’t move anywhere else because all the other squares are under the threat of the opponent’s white queen.

Thus, whenever a stalemate occurs the game ends in a draw. And you believe it or not many chess games end in a draw. So don’t get surprised if you were about to win but suddenly got stalemated. It is very common.

You can read more about the difference between stalemate and checkmate.

For example, when you and your opponent, both only have the kings left. Then neither of you can checkmate each other.

This is because one king can’t checkmate another king as they both oppose each other.

If the player forgets then there is a 75 move rule as per which if no pawn movement and no capture has been made within the last 75 moves then the arbiter (referee) can interfere and declare the game as a draw.

You can read more about the touch move rule in my article why do chess players touch their pieces.

So these are some of the basic rules that you must remember to play the game. You can read the FIDE Laws of chess. FIDE is the international chess federation.

Now, you should know that a chess game is divided into three phases: the opening, the middlegame, and the endgame. So let’s move on to our next lesson.

Go to Next Lesson: Three Phases Of A Chess Game