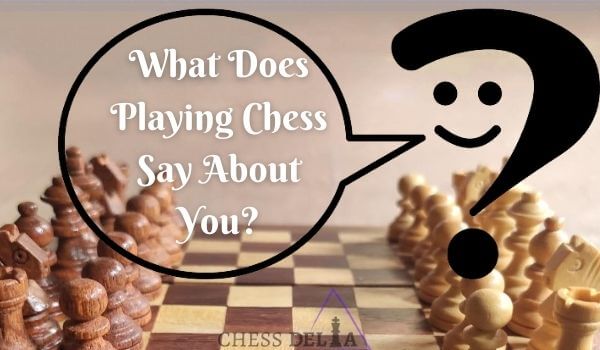 Generally, if you play chess that means,

Anyways, the next question about which you might be curious is how are these qualities related with playing chess. So you want to know more, right?

My friend! you are at the right place because today I am going to explain you each and everything that I mentioned above in detail. And I can assure you that you will really enjoy reading this post. So relax and keep scrolling!

Therefore if you play chess then it say the following things and qualities about you. Explaining in detail with reasons behind each.

First of all let’s classify what are logical topics and subjects. Logical subjects include mathematics, science, computing and more.

Chess games challenge our brain in various ways. As we overcome those challenges it develops our logical thinking.

And is needless to say that if we are logically sound, we generally tend to develop more interest towards the logical subjects.

Therefore if you play chess that means you like to involve in and study any topic where logic is there.

Chess is introduced to children right from the very early age just for this reason. It is proved by many scientific studies that if you play chess, your problem solving skill increases.

Now, as you solve problems you like to solve more. A craving develops within you for facing challenges and solving problems. So you become a good problem solver.

Therefore it can be said in general that if like chess that means that you are also a good problem solver!

In chess if you don’t concentrate you are surely going to lose. Concentration and chess are almost inseparable.

Many studies have been done which proves how chess helps to increase your concentration. while playing chess, you keep a bird eye view on each of the moves your opponent makes and react accordingly.

Thus you train your mind to focus on a thing for a long period of time over and over. This eventually improves your concentration. Hence playing chess means generally you have good concentration power.

Playing chess you develop a lot of patience. You understand how to deal with problematic situation.

Suppose in extreme cases even if you try to show your anger or frustration while playing chess, you can’t. Because the rules are such that you can’t disturb your opponent by any means!

So you have to strictly play your game in a calm way and in order to let your brain function smoothly you have to be patient.

Playing chess you learn the importance of keeping patience and by doing so how you can get advantage of attacking at the right time.

Thus all these points highlight that if you play chess that means you are very patient. (Exceptions apart 🙂 )

In chess you observe each and every move of your opponent and act accordingly whatever the situation demands.

This attitude that you practice while playing chess makes you a good observer in your real life as well.

Chess teaches you to tackle difficult situation in your life.

In chess you have to concentrate on your game, on each moves you have to think and anticipate the possibilities. In this process if you lose piece you can’t get agitated.

You have be calm in order to make sure that your brain can perform at the perfect level. Thus practicing this over and over throughout each game you learn to remain calm under pressure.

Hence it would be not wrong to say that you are a cool minded person if you are playing chess.

While playing chess you need to remember the position of the pieces. You also need to calculate the position after certain moves and so. For doing all these things you use your imagination skills a lot.

You imagine the complete chessboard on which chess pieces are moving. All the magic is running inside your brain in 3d, right?

As you continue to play chess, side by side you are unknowingly increasing your imagination skills and taking it to a next level.

So if you play chess that means you have good imagination. You can visualize the things and objects easily. Probably this is also one of the reason why you may be also good in geometry.

Many scientific studies have been done where it has been proven that chess helps to increase your IQ. It helps to grow dendrites.

Dendrites play an important role in transfer of neural signals inside our brain. Playing chess improves their number and as a result helps in faster brain processing.

A study was done in which it was found that student who didn’t play chess before, after they played chess, there was a significant improvement in their memory.

Good memory is also important in chess. Like if once you played with your opponent.

Then after few years you both play again and if you still remembered the style of that player that means you also know the weakness.

Thus that will help you to fight and win against your opponent. Moreover you also need to remember various patterns and moves.

Hence in all it can be said that chess is very good brain game. As doing exercise keeps our body fit so playing chess keeps our brain fit, active, improving the memory.

Even mental patients like those suffering from alzheimer and schizophrenia are suggested to play chess. Therefore if you play chess means you are quite safe fro these health issues.

Having said all these facts it would not be wrong to say that playing chess means in general you have good memory.

It is found that children who were introduced to chess learned things faster than those who weren’t.

So it clearly signifies that if you play chess then in general it means you posses the ability to learn things at a faster pace.

Right hemisphere of the brain is responsible for creativity and you would be astonished to know that chess works on both the hemispheres of the brain.

A study was made on kids on which it was found that those playing chess were more creative, compared to those who worked on computers or did any other stuffs.

Thus it would not be incorrect to say that if you are playing chess means you are a creative person.

A study was done by Dr Stuart Margulies in 1991, in which he studied 53 elementary school students who participated in a chess program.

Thus this study clearly signifies how improves your reading skills. So it can be said that if you play chess that means your a good reader.

There is a part in our brain called as prefrontal cortex. It helps in decision and judgement making. Playing chess helps to improve these areas of brain.

In chess you have to anticipate each and every move of your opponent and calculate all the possible outcomes. Then act accordingly as per the position. this is the simple winning strategy in chess, right?

You play games after games and use these strategies, thus training yourself properly. In the process you develop a very good skill of predicting the future things and developing foresight.

Thus it is needless to say that playing chess means you have good foresight.

You play chess, you win some while you lose some. Winning and losing is a part of game, right?

But in this process you develop a lot of self confident. You grow as person.

You play chess, you compete, you play in tournaments, by doing all these you learn many things and eventually gain experience and so confidence.

Winning not only boosts your confidence but as you lose some you learn from the failures. in that way you improve yourself game after game.

Whatever you do and like to do, whatever things you are interested in, says a lot about you.

Your habits and the things you do tell a lot about who you are as a person, what you like, what you don’t like, what qualities you have, what separates you from rest of the crowd!

But as each and every rule in life has exception, same thing here as well. All the above things that I said, if you play chess means you have these qualities… are said in general. These qualities are related to your chess playing nature on the basis of scientific studies.

But that doesn’t mean that people playing chess are not smart, are not intelligent, are not creative! Each and every person is different, so are there qualities and tastes.

If you play chess means you have some qualities based on your skill, practice and time that you gave to improve yourself. That doesn’t mean that you will have all the qualities.

So finally what should you think about yourself? Should you cry or should you rejoice that you play chess. I think you should do the later one!

If you play chess that means you are devoting your precious time in a healthy and creative hobby- that is CHESS! So great welcome to the world of chess!

A big thumbs up to you for joining the chess family and doing something fruitful in your life.

In that sense if you play chess that means a lot, sparkling lights within you and also around you with your knowledge and that is what the real thing you should consider!

Till then, Thanks and have a nice day!