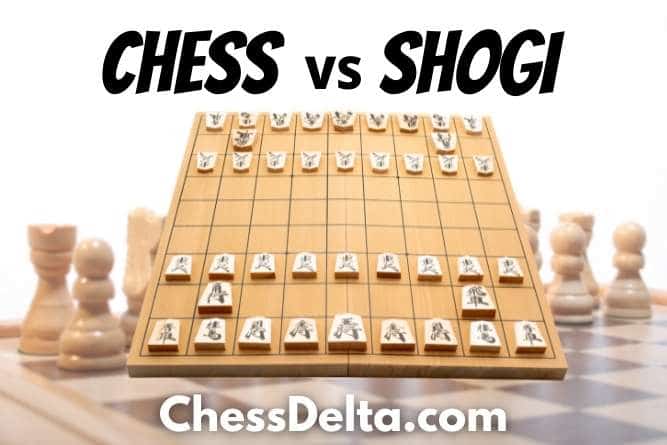 Chess is a board game played between two players. While Shogi, also known as Japanese chess or the Game Of Generals is the Japanese variant of chess.

The main difference between Chess and Shogi is the board size. A chessboard is 8×8 whereas a shogi board is 9×9. Also, in chess, captured pieces are out of the game, while in shogi the captured pieces can be returned to the board by the capturing player.

Let’s dive in deeper and discuss more on the difference between chess and shogi. Whether you are a chess fan or a Shogi fan, I’m sure that you will find this article interesting. So please continue reading till the end! Let’s start!

Difference Between Chess And Shogi

Which Came First Chess Or Shogi?

Shogi is the Japanese variant of chess. In general, it is believed that chess developed from chaturanga from which other members of this family, such as shatranj, Tamerlane chess, shogi, and xiangqi also evolved.

As per Wikipedia, the earliest form of chess called chaturanga originated in India in the 7th century CE.

From India, it was then introduced to Persia.

After the Arabs conquered Persia, it was taken up by the Muslim World. And subsequently, through the Moorish conquest of Spain, spread to Southern Europe.

In the 15th century in Europe, the moves of pieces changed. And the modern game starts with these changes.

However, the modern tournament play began in the second half of the 19th century.

Now the earliest predecessor of chess, chaturanga was likely also transmitted to Japan via China or Korea sometime after the Nara period.

As per Wikipedia, Shogi in its present form was played as early as the 16th century. However, a direct ancestor without the drop rule was recorded from 1210 in a historical document Nichūreki.

Shogi is actually the earliest variant of chess in which it was allowed to return the captured pieces to the board by the capturing player.

It is speculated that this drop rule has been invented in the 15th century and it was possibly connected to the practice in the 15 century, mercenaries switching loyalties when captured instead of being killed.

Are The Rules Of Chess And Shogi The Same?

The goal of chess and shogi is the same, to checkmate the other player’s king and win the game. However, there are some differences in the rules of both games including the way the chess pieces move, drops, and the handicap system.

First, let me introduce you quickly to the basic rules of chess so that you can get an idea of how it differs as compared to shogi.

Now that we know about at least some of the basics of chess, let’s discuss about shogi.

In shogi, whenever a player captures a particular piece, that piece is not removed from the game. It actually becomes the property of the capturer and can re-enter the game.

The player can place the captured piece on almost any vacant square during his or her move. This is known as a drop and counted as a full move.

Also, it is important to note that all pieces drop in the unpromoted state. Yes, pieces may be dropped in their promotion zone but they don’t get promoted on that turn.

This drops is not there in chess so it is one of the major differences between chess and shogi.

Note that the captured pieces are said to be the pieces ‘in hand’. The drop is one of the distinguishing features of Japanese chess. It gives the Shogi an aggressive quality and it increases the number of possible moves once a few pieces have been captured.

Another noteworthy feature of Shogi is that as the exchanges happen, the game becomes complicated rather than simplified because of the drop rule.

In shogi, there is a handicap system in which the games played between players of disparate strength are adjusted so that the stronger player is put in a more disadvantageous position for compensating the differences in playing levels.

Due to handicaps, it becomes possible for weak players to play even against very strong players and have an even chance of winning.

In a handicap game, one or more of white’s pieces are being removed from the setup, and instead White plays first.

There is no such handicap thing in chess and so this also makes shogi different from chess.

In shogi, draws are very few. And one of the reasons for this is because the material can never be depleted as in chess since captured pieces keep re-entering the game due to the drop rule.

In professional and serious (tournament) amateur games of shogi, a player who makes an illegal move loses immediately. the loss stands even if the play continued and the move discovered later on in the game.

But do note that if neither the opponent nor the third party points out the illegal move and the opponent, later on, resigned then the resignation will stand as a result.

Now if you are interested to know about the illegal moves in chess then I encourage you to check out my complete article on it here.

Ending Of The Game

Generally, checkmate is almost always the end result in a game of shogi. the reason for this is because the pieces never retire in shogi and so the player gets a sufficient number of pieces to deliver the checkmate.

That being said, there are three other possible ways in which a game can end:

Now the first two which are the repetition and impasse are particularly uncommon. In professional games, illegal moves are also uncommon but this may not be true with amateur players, especially beginners.

Is Shogi Harder Than Chess?

Shogi is harder than chess mainly because in shogi the captured pieces become the property of the capture and can be returned to the board. Thus, in shogi, the piece exchanges complicate the game while in chess they simplify it.

In simple words, what happens is in chess, once you capture any chess piece, you are not allowed to use it on the board.

But in Shogi, if a player captures an opponent piece, they can use that piece as their own.

Also Read: How Many Chess Games Are Possible?

In short, Shogi is the Japanese variant of chess that has many differences from chess. Out of all, the major points where shogi differs from chess are the board size, the ability to return the captured piece in the game, and the handicap system.

So I hope now you have got a clear idea of how chess and shogi differ from each other. Please share this article if you found it helpful. That’s it. Thanks! 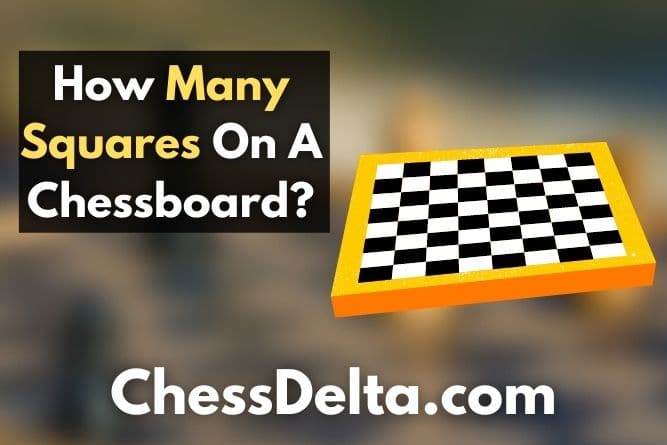 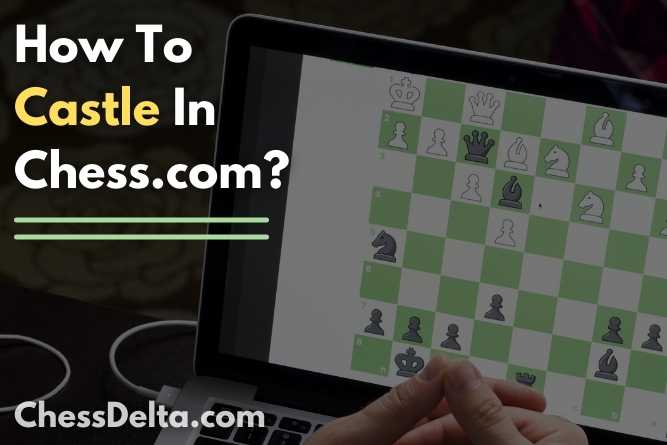